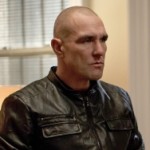 This past week’s television show Elementary was by far the best of the series so far.  It aired on 1/10/13 and was named M.  I have liked this series from the beginning, but this episode had teeth.  Please don’t read any further if you are behind in watching the series (you can read my other article on Elementary). 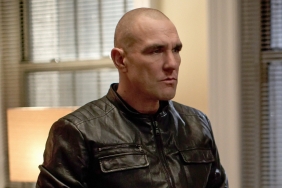 This show is the first one to introduce Moriarity, if I am not mistaken into this American version.  It really goes into Sherlock’s psyche more to explain about what happened with Irene, how he met her and felt about her.

The show starts out normally with a death, but they don’t have a body, just blood.  We find out that Sherlock had been tracking this killer in England and never got to bring him to justice.  This fact alone made it better than the average show, since we now have more background on our main character.  Sherlock does quickly find M, but wants to torture him, since M killed his beloved Irene.  We don’t want Sherlock to kill though, since that is not the character we have grown to love.   The killer we believe to be M convinces Sherlock that he is not a sadistic serial killer, just a paid assassin and was in jail when Irene was knocked off.  By the end, we realize that M is not this giant that Sherlock has captured, but the devil Moriarity himself.  This week also showed another side of Watson.  She really likes solving the murders with Sherlock and is good at it.  She also is capable of lying well as she told Sherlock that his father is still paying for her to stay with him, which isn’t true.

I suppose that this may turn out to be just a few snippets each week of trying to catch Moriarity or a new puzzle that he is creating for Sherlock and the rest of the show will be the normal murder that needs to be solved, which is like Mentalist going after Red John.  Time will tell, but I am going to stick with it!