Three huge topics widely in the news these recent days.  All of these topics usually divide people to one side or the other and most people will avoid 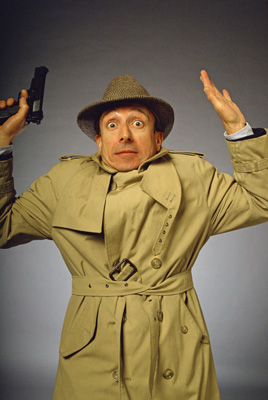 discussing them with people they don’t know in order not to get in a fight.  I turned on the news today, I happened to be tuned into the Matt Lauer Show (normally CNN is always on) and there were gunshots right in front of the Empire State Building in New York City where supposedly two people were dead and ten others were wounded.  The numbers almost always change at a later time, but the news in very anxious to let you know what they have “heard.”  They broadcast these people that are supposed to be witnesses, but they really have no idea if the person is making up a story just to get on tv.  Before this our country (meaning the U.S.) has had the movie theater shootings and countless other deaths from people getting their hands on guns too easily.  I somewhat understand the other side that doesn’t want not to be able to buy guns and many states already have laws against getting the guns too easily. I really don’t know what the answer is because I really think, just like illegal drugs, if you want to buy or steal a gun, there is always going to be a way to do it.  One of the things they talked about on CNN was the fact that they have a ton of cameras all around the Empire State Building, which will even show across the street.  This is another topic all to itself, but it is pretty scary to mIe that you are almost always on camera now when you are outside of your home.  I guess they will have pictures of the shooting and what exactly happened, which is a good thing.

One place that definitely has had a problem with shootings, fires and bombings is abortion clinics.  Abortion is probably the biggest divider as far as I can tell of people on each side of the debate.  But is it a debate really?  I don’t know if one side really listens to the reasons of the other.  I really appreciated the news people not letting go of the big political story this week about abortion because they might be worried about offending people. Republican Senate nominee Todd Akin said some pretty nasty and stupid things and a ton of Republicans are telling him to get himself out of the race. I think they are just trying to calm the storm down so it doesn’t affect anything else, rather than caring about what he actually said.  Especially because the Vice Presidential nominee believes the same thing, but is just keeping quiet about the whole business.  My biggest point is just that I am glad the newspeople kept up the heat on the story as long as they did.

Which brings me to my last topic of the week, Atheism.  There is a great story in this week’s New York Times magazine section on Jerry DeWitt, who was a pastor and now an atheist.  He has a website, clergyproject.org which has helpful links and stories for people that are questioning their religious beliefs and have no one to turn to for counseling.  It is a very interesting article and is good reading for anyone interested in that subject.  I think that people do (alright some people) listen to each other more about this than the other two topics in this post.  But it could be that religious people are just trying to talk atheists into believing what they do.  Some atheists seem overly pushy to me also.  Have they become just as bad as religious people in trying to push their message?  Do they need to identify themselves as atheists at all?

All food for thought and it really helps if you can keep an open mind to both sides of the issue.