What is West Nile Virus?

Should I be sleeping in a netting surrounding my bed at night?  This and other questions that I never thought I’d be asking have come up in the past few 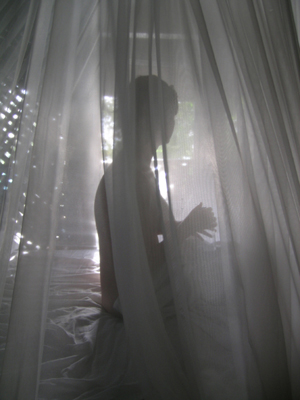 days when I had to fly to Dallas on business.  I thought this West Nile flood of mosquitos in Texas was more hype to get the American public crazy about one more thing.  But I guess not.  The very first person I asked about it down here said, “Oh yes, you should be worried.  People are dropping like flies.”  So far, I have not gotten sucked into the fray of this madness, but I was worried enough last night around 7 when standing around outside talking to a group of people to mildly panic. I thought about it suddenly when I saw something flying and took cover in my car, with the windows shut.  This morning I found an article in the New York Times from August 25 that talks about how sick a woman got from a bite.  Do I dare venture out this morning without a bottle of Off?  I think I need to find the closest drug store and hope they still have a bottle – maybe I should call and put one one on reserve.  Between this and all of the child kidnappings how can a parent let their kids out to play anymore?  The spraying of poison in the air by low flying planes to kill these flying nile carriers is enough to keep us indoors for the next 40 days and 40 nights.  Wish me luck getting home, the Dallas airport has had 3 security scares in the past three days.

Update:  Of course I came home to NJ and got bit and other than feeling feverish the first day, I’m just nursing my itchy hand.