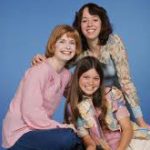 Ok, so it is a long title, but it kind of works.  This week’s podcast has 9 plus scenes that were can’t miss viewing.  If you didn’t get to see these episodes, get to your computer and start viewing them now (and pay for HBO if you can afford it). 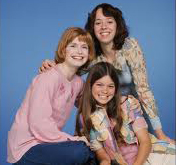 1. Girls, HBO.  It hasn’t been the best this season.  Just seems off the mark to me.  I’m missing the relationships between the girls.  But that is what I always like, the relationships between people and mostly women’s friendships.  In this scene, Hannah pees outside with her bum showing at a railway station, while Jessa laughs and two other strangers look on.  Why?  Well, Hannah had to pee.

2.  Castle, ABC.  Castle meets his father in the best two episodes of the series.  His father is played by James Brolin, who is a spy.  His dad has been looking in on him and his daughter Alexis their whole lives.  But Alexis gets kidnapped and Castle’s father is the reason why.

3.  Mentalist, CBS.  Jane teaches Lisbon’s boss how to hide his “tell” at poker so that he can win over a judge who has been beating him.  The judge says, “I can read you like a children’s book.”  When her boss finally wins, he says, “Goodnight Moon, Goodnight Stars, Goodnight Judge.”  This is from a famous children’s book, Goodnight Moon.

4.  The Oscars, ABC with Seth McFarlane.  We Saw Your Boobs song was outrageous and inappropriate.  Here are some links for you.

Great piece in the New Yorker

5.  Nashville, ABC.  Gunnar brother dies after he throws away his gun in a lake.  He has to identify the body and is crushed and guilty.

6.  Monday Mornings, TNT.  Dr. Sung Park, who doesn’t speak English very well, or at least pretends not to, is sued by a patient and ends up telling her that he fixed her and she should be ashamed at what she is doing.

7.  Enlightened, HBO.  Amy, after being left by her boyfriend goes out to her car to cry.  Someone in another car starts to continuously beep her at which point she gets out of her car and starts yelling at this woman.  “What the hell do you want?”  The woman just wanted her parking space.  We’ve all been there, but Amy actually got out and yelled.

8.  Katie, various stations.  Transgendered children is the subject.  Coy was a boy, one of two boy twins.  The parents had five children.  He decided he was a girl at four years old.  Would you have brought a six year old child with problems on a national tv show?

9. Dallas, TNT.  JR sends Bobby a joke via email.  The joke ends up being a virus that erases an external hard drive when Bobby plugged it into that same laptop that he got the joke on.  The hard drive had evidence on John Ross that Bobby wanted to use to hold against him.

We pay tribute to Bonnie Franklin who died on Friday, March 1, 2013.  She had pancreatic cancer.  She was the star of One Day at a Time  TV series for nine years, plus many other shows.  She also got a Tony nomination for Applause, a Broadway show.  Here is a link to a clip of the show.