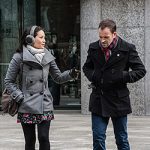 This past week’s episode, which I believe aired on February 21, 2013 here in the US, had a lot to do with genetics and a disease that was 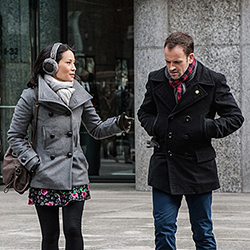 rare, but always inherited from your family.  A lot of the scientific talk went rushing by me as I was trying to understand it.  The best parts were Sherlock teaching Watson to be a detective.

The story started with a very rich guy that tries to hire Sherlock to find out how he got this rare disease, which steals your memory, makes you go crazy, and paranoid.  Sherlock refuses to take the case.  He felt that the guy was delusional.  The guy even tries to bribe him with a very rare bee.  Finally the guy kills his driver and ends up killing his driver.

We never come back to this guy after he is arrested, we just conclude that he will spend his life in jail or in some insane asylum.  Other than giving us a start for a story, like a match starting a fire, I can’t see any reason for him being in it.  Sherlock thinks it might have been this guy’s son and when that didn’t seem to work out they went to a scientist that the guy had visited.  She ends up dead and then they blame her boyfriend who kills her and plants fake dna at the scene from a known felon.  At one point in the story, they almost send Sherlock to Norway.  This story is all over the place and finally ends up at some other rich guy that really had the disease and just wanted money donated to the cause of trying to find a cure.  Huh??

The only thing this episode had going for it was Sherlock and Watson ever expanding bonding by love of being a detective.  He sends her on a crazy errand a couple of times to a dry cleaning store that is really a front for a money laundering gang.  She finally figures out what Sherlock is up to and busts the gang with the help of the police and is quite proud of herself.  Maybe the writers could have fifteen minutes of a wild story and the rest of the time with Watson becoming a detective.  If not, how about more of Moriarty – please?