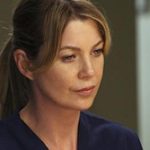 I saw THE SHOW.  Why the caps?  We wait for all of these shows that we like for what seems like an eternity to return from the dead and wake up, like 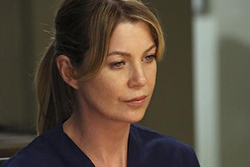 a ghost getting her life back.  They aren’t showing the plane scenes again until next week.  Did they think they had to ease us back into it?  During the entire time I was watching it, they (the writers) made us think that Arizona was dead.  Then at the last minute, she is just hiding in her bed.  I know it is a terrible thing to lose your leg, but I didn’t feel bad for her at all.  I just thought, wow, you are alive, not dead.  Get the hell out of your bed and live.  I also didn’t feel too much for Mark dying.  I did get a little teary eyed when seeing Mark’s eyes well up, but only slightly.  It wasn’t a surprise that he was going to die.  Why did they have him say in an old video that he really wanted to be with Lexie?  Now you tell us?  We couldn’t scream at him though, since he was dead, oh and she is dead too.  They said nothing else about Lexie for the most part.

Some new people were introduced.  So far, I don’t feel good about any of them.  A new intern, who I guess is supposed to be the new Meredith.  She was with the new crowd of interns that call Meredith the nickname of Medusa.  And some new doctor that is replacing Arizona.  This new doctor, who so far has zero personality, at least made Alex want to stay – to keep his clinic going.  Miranda is still there, but now they have reduced her to a sex bunny (don’t make me retch).  Derek was shown doing surgery and dropping some instrument on the floor and just running out of the room.  His hand is numb from problems with the plane crash.  Can you imagine being that patient?  I’m sorry, but I don’t feel bad for him either.  I don’t know whether it is me or the writing, but I don’t seem to care about these people from this first show.

What did you think?